Amra Silajdzic is a talented model and actress from Sarajevo, SR Bosnia and Herzegovina, She has worked in numerous movies such as CSI: NY, Gothic Assassins, Time Framed, and Silicon Valley. Apart from that, Silajdzic is also famous for her personal life, mainly her marriage to Edin Dzeko, a Bosnian professional footballer who plays for Serie A club Inter Milan.

The doting couple has been supporting each other for over five years, and they are still together, leading a happy life with their kids. Besides that, Silajdzic was previously married to another man named Vladimir Vicentijevic, but due to an undisclosed reason, the former pair divorced. And now, Silajdzic is happy with her present husband.

Amra Silajdzic-Dzeko was born on October 1, 1984, in Sarajevo, SR Bosnia and Herzegovina, SFR Yugoslavia. As of early 2022, Silajdzic is 37 years old. Besides, Silajdzic holds Bosnian nationality and her height measurement is 5 feet 9 inches (1.77 m). 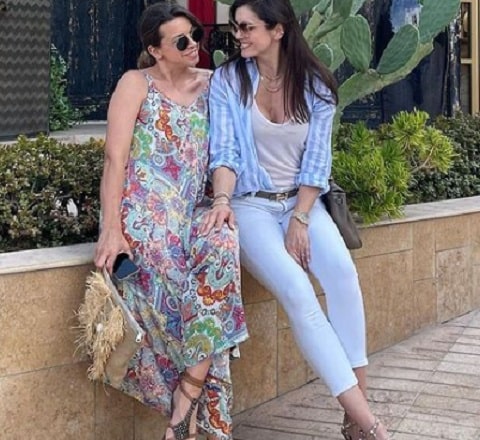 Apart from that, her husband, Edin Dzeko, was born on March 17, 1986, in Sarajevo, SR Bosnia and Herzegovina, SFR Yugoslavia, making his age 37 years old now. So, Silajdzic and her partner share just one year of an age gap.

As said earlier, the celebrity spouse is a well-known model and actress. Silajdzic has been working as a model since 2000. Just at the age of 16, she won the French contest, Metropolitan Top Model. After that, she grabbed the eyes of fashion scouts. Besides, she became a member of the modelling agency Elite Model in Paris.

Furthermore, Silajdzic was also featured in commercials for the clothing company Anchor Blue. Meanwhile, she is the face model of Jill Valentine in Resident Evil Revelations. She is also associated with Resident Evil The Mercenaries 3D and Resident Evil Operation Raccoon City. Apart from being a prominent model, she is also a talented actress who made her on-screen debut in 2010 by starring in a tv series named CSI: NY, where she landed the role of Sass Dumonde. 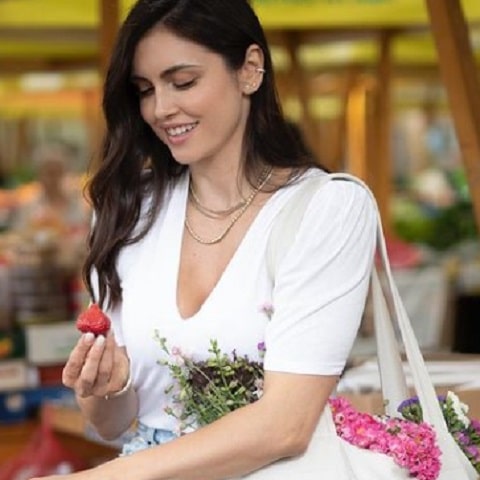 Amra Silajdzic is a model by profession SOURCE: Instagram @amradzeko

Before that, Silajdzic also worked in music videos, and we can see her appearances in Blake Shelton: Honey Bee, Taio Cruz: Dynamite, and The Killz: Teenage Sky. Silajdzic has also worked with her own brother on a project named Enrique Iglesias Feat. Wisin, Yandel: No me digas que no. Some of her roles in movies can be seen in Entourage, Gothic Assassins, Ja sam iz Krajine, zemlje kestena, Nine Positions of Loneliness, Silicon Valley, Shooting the Warwicks, and Gothic Assassins Redux.

Her last movie was Time Framed, where Siladzic starred as Cocktail Waitress, and the respective project was released in the year 2016.

You May Read: Adriana Guerendiain

Details On Her Marriage With Edin Dzeko & Past Affairs

Currently, Amra Siladzic is married to her supportive husband named, Edin Dzeko. They started dating each other in 2011, and after being in a relationship for five years, the pair thought of taking their connection to the next level.

So, in January 2016, the couple exchanged their wedding vows in Rome. They are not only married but have also started their family. They welcomed their first kid, a daughter named Una, on February 2, 2016. The following year, Siladzic and Dzeko gave birth to their second child Dani on September 9, 2017. 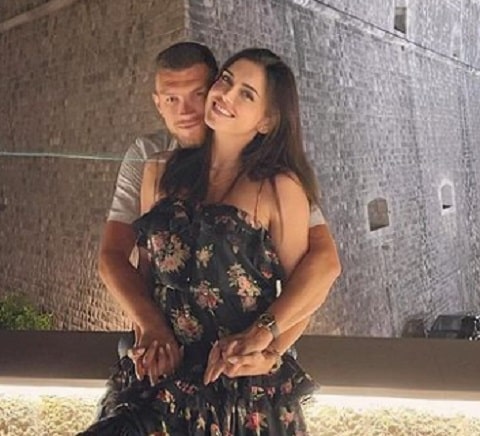 Amra Silajdzic is married to her husband SOURCE: Instagram @amradzeko

And the family of four was increased to five when the couple welcomed their third child named Dalia on September 12, 2020. Furthermore, the happy family of five lives together, and Siladzic often posts pictures with them via her social media accounts.

Apart from that, Siladzic was previously married to another man. In 2001, the model wedded Vladimir Vicentijevic. Together with Vladimir, Siladzic also has a daughter named Sofia, born on November 1, 2003. After being in a marital relationship for seven years, they couldn't take it further and divorced in 2007. So, since 2011, she has been leading a happy life with Edin Dzeko.

How Rich Is Amra Siladzic?

Siladzic has amassed a massive amount of money from her multiple profession. As we know, she is a model and actress. So, Siladzic makes most of her gains from her work in the entertainment industry. It is believed that her net worth is not less than a million dollars.

Being a model, Siladzic has worked with various brands, and she also has massive fan followings on her Instagram handle. According to the Influencer Marketing Hub, Siladzic has the potential to earn $732 - $1,220 from a single sponsored post on Instagram, where she has accumulated over 244k followers at the time of this writing. 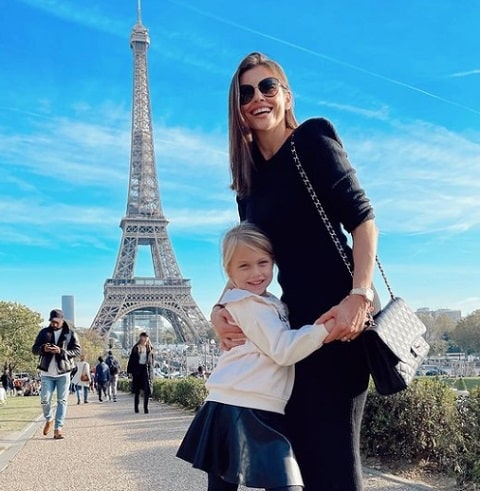 Her Instagram posts also show that she is enjoying a lavish life as she often goes to various places together with her husband and kids. Not to mention, her husband also makes a good profit from being a professional footballer. Edin is counted as one of the richest footballers in Bosnia as he enjoys a massive net worth of around $23 million, as reported by Celebrity Net Worth.

For your information, he has represented multiple teams in the past, and with them, he had impressive deals that helped him increase his fortune. According to Transfermrkt, Edin's current market value is €4.00m, while the highest value was €32.00m on February 6, 2012. No doubt, Edin's income will increase in the future as Edin is still playing football actively.

Explore More About Your Favorite Celebrities Here At PlayersWiki!!!