Alisa Beth Terry is the former creative director for Piccoli & Piccoli, a television production company in New York. She came to the spotlight following her marriage with an American renowned sports announcer, Ian Eagle, who at the time was a sports announcer at WFAN-AM radio in Astoria, Queens.

Born in 1969, Alisa Beth Terry is a daughter of Mr. and Mrs. Eugene Terry of Bernardsville, New Jersey. The fifty-one year holds an American nationality and belongs to the white ethnic background.

At the age of 24, Alisa Beth Terry exchanged the vows with her boyfriend, Ian Eagle on 12th June 1993 at the Hilton at Short Hills, N.J., officiated by Rabbi Barry Greene. 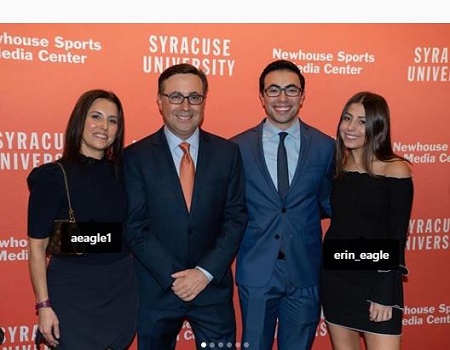 The couple has maintained their relationship as secret as possible. As both graduated from Syracuse University, they were assumed to be college sweetheart. Or, they might be dating before college days. 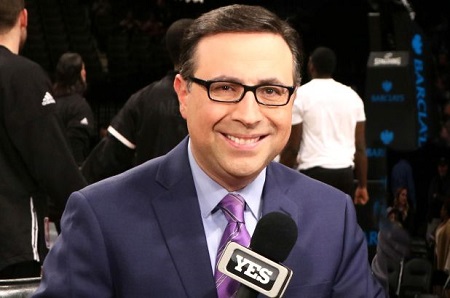 Also known as "Bird" or the "Birdman", he is notable for his other works Army-Navy football games, boxing, and NCAA track and field for CBS. His broadcasting partners include Dan Fouts, Solomon Wilcots, and Clark Kellogg among others.

Alisa Beth Terry and his spouse share two children: a daughter, Erin and a son, Noah. However, Eagle's twitter bio has brought some twist which reads, "Loving Father of 1." 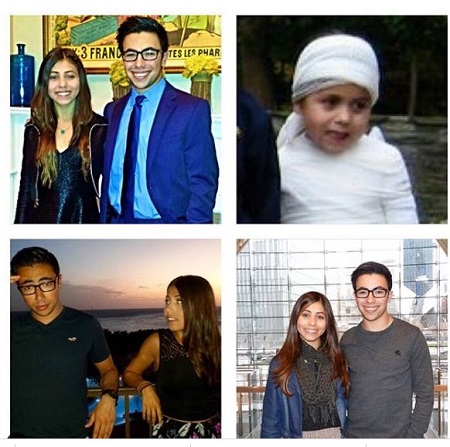 Their daughter, Erin, is a model while their son followed father footsteps and has already established himself in sports journalism. Currently 22, Noah is also a Syracuse alum and is the radio play-by-play announcer for the Los Angeles Clippers.

Media knows Alisa Beth Terry as a creative director for a television production company, Piccoli & Piccoli. Is Alisa still in the same field remain a big question today? According to the source, The average Creative Director salary in the United States is $122,337.

On the other hand, her husband, Ian Eagle has an estimated net worth of $1 million as of 2020 and has an annual salary of over $0.2 million. Currently, the Eagle family resides in Essex Fells, New Jersey.