Alejandro Tabilo is a Chilean professional tennis player who turned professional in 2015. Since then, he has played in many big tournaments. Tabilo played at the 2020 ATP Cup and the 2022 ATP Cup with the Chilean team as the No. 2 player. Also, he represented Chile at the Davis Cup.

Tabilo achieved a career-high ATP single ranking of World No. 64 on July 25, 2022. On February 22, 2021, Tabilo achieved a career-high ATP double ranking of World No. 249. Furthermore, he represented Canada throughout his junior career, peaking at No. 29 in junior rankings during the 2015 season. Being active in this sport for a long time, Tabilo has preserved a considerable fortune. Alejandro Tabilo during his tour at Paris. SOURCE: Instagram @tabilo97

Having a good bank balance, Tabilo lives a quality life, and the tennis player flaunts it via his Instagram handle.

As mentioned earlier, Tabilo pro-level tennis player. So, he has collaborated with some brands. Tabilo has a clothing and shoe sponsorship contract with the Italian brand Lotto.

Mihaela Buzarnescu is another tennis player who has also worked with Lotto. Likewise, Tabilo has a racquet sponsorship deal with Yonex. The professional tennis player uses the Yonex VCORE 98 racquet. Previously, he also used Dunlop racquets. Later, he also received an offer from Dove and became an ambassador for Dove men's care products in 2022.

Tabilo seems to be in a romantic relationship with a lady named Male De Lorenzo Gomez. On November 18, 2022, Tabilo posted an image with Gomez wishing her a birthday on Instagram. He wrote, "Happy birthday to the most beautiful."

Gomez replied in the comment section, saying, "Thank you, aleee; I love you." Likewise, some of his followers congratulated the couple and wished them all the best for their future. Meanwhile, Tabilo has not talked openly about his relationship with Gomez. Also, his probable lover uses Instagram as @malenadelorenzo but has kept it private. 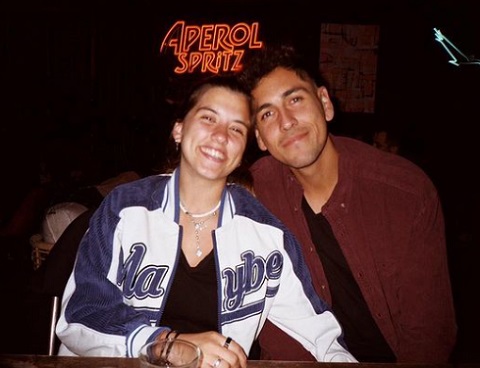 Likewise, Tabilo was said to be in a relationship with an American tennis player named Dasha Ivanova. 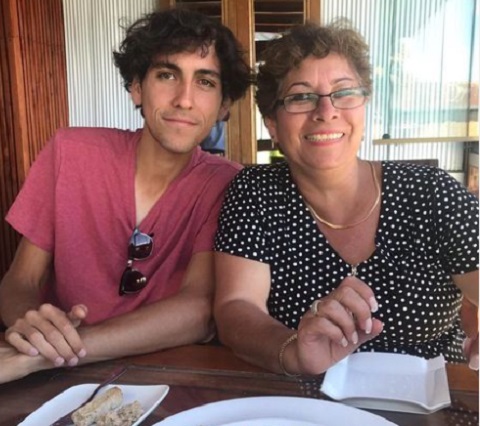 Tabilo grew up with his brother, Sebastian. His brother also played tennis. So, Tabilo started playing tennis because he wanted to be like his brother. Due to his passion for tennis, Tabilo's parents also supported him. The professional tennis player left home at age 13 to train in Florida.