Alejandro Davidovich Fokina is a Spanish professional tennis player who achieved a career-high No. 27 after defeating World No. 1 Djokovic en route to the 1st ATP Tour final of their career at the 2022 ATP Masters 1000 Monte Carlo.

Fokina was interested in playing tennis from an early age, and after finishing his junior career, Fokina turned professional in 2017. Fokina first trained at La Cala del Moral with coach Manolo Rubiales. Fokina was inspired by Roger Federer but thinks his game is reminiscent of Novak Djokovic. Furthermore, Fokina broke Djokovic 9 times in Monte Carlo 2R win, setting a record for most breaks Djokovic in a best-of-3-set game.

Fokina makes a good sum of money from being a professional tennis player. Since 2017, he has won many titles, which has helped him ammas a massive fortune. Considering his career earnings, it is believed that, Fokina enjoys a net worth of over $2 million. The amount will surely rise in the coming years as Fokina is still active in this sport. 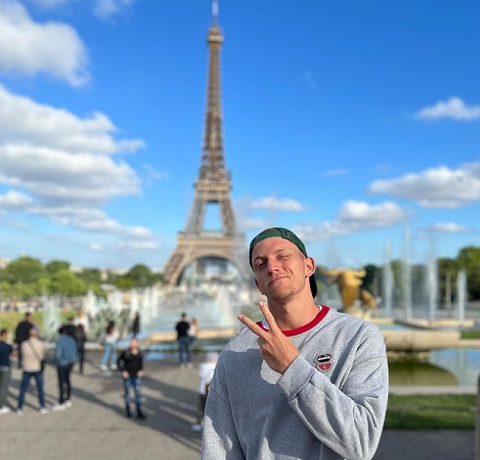 At this post's time, Fokina earned a total prize of $3,541,640 (Prize Money Singles & Doubles Combined). When he turned professional in 2017, Fokina earned $12,763; the following year, he took home $56,182. In the same way, Fokina began winning some major titles, which increased his earnings.

Here Are Brand That Sponsors Fokina

Fokina is one of the well-known tennis players from Spain who has worked with some renowned brands. He has a clothing and shoe sponsorship deal with Diadora. It is an Italian sportswear and footwear manufacturing company and a subsidiary of Geox.

Similarly, Fokina has a racquet sponsorship deal with Head. His racquet is the Head Graphene 360 Extreme which he uses in most of his professional games. Also, he is associated with Adoptas.org. The company helps people find pets by connecting with animal shelters in Spain.

Who Is Fokina Dating? Meet His Girlfriend

The relationship status of Fokina is single. There are no records of the professional tennis player having an affair with anyone. So, he does not have a girlfriend. His fans and followers are concerned about his love life, but the 6 feet tall player has not talked about anything openly. 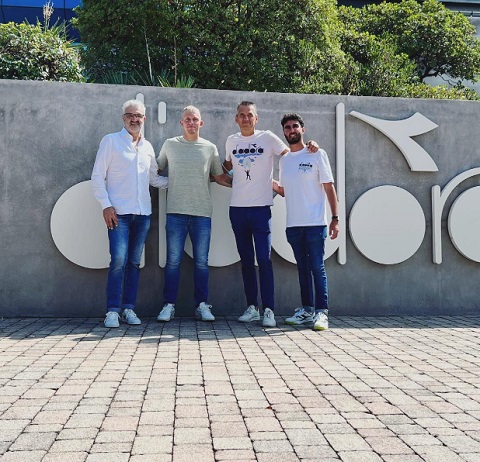 Alejandro Davidovich Fokina with his close ones.  SOURCE: Instagram @aledavidovichofficial

Due to that, we can say that Fokina is also a private person like many tennis players. Meanwhile, Fokina may prioritize his career over searching for a life partner.

Who Are Eduard Davidovich and Tatiana Fokina? Details on His Family Background

Alejandro Davidovich Fokina was born on June 5, 1999 in Malaga, Spain. The Spanish player received great support from his parents, Eduard Davidovich and Tatiana Fokina. He comes from a family that has an athletic background to some extent. His father, Eduard, was a boxer.

Fokina began playing tennis with his dad at two and a half years old. Also, Fokina has a brother named Mark.