Alcides Escobar is a baseball player by profession and is based in Venezuela. He is an American League Championship Series MVP in 2015 and also won Gold Glove and made it to the All-Star team in the same season. He is considered as one of the best active shortstops in the baseball world and with an additional skill to bat, he provides an enormous value to any team.

Alcides is also nicknamed El Mago meaning, The Magician. He currently plays for Washington Nationals in Major League Baseball(MLB). Previously, he played for different teams but had his career height with Kansas City Royals.

Who is Alcides? (Family, Cousins and Early Life )

Alcides Escobar was born on December 16, 1986, in La Sabana, Venezuela, the hometown of the MLB team Kansas City Royals. The La Sabana born shortstop height is 6 feet 1 inch and weighs around 84 kg and his birth sign is Sagittarius.

His mother's name is Isbelia Escobar and was very supportive of Alcides playing baseball since his childhood. However, the baseball player has never talked about his father in the public. 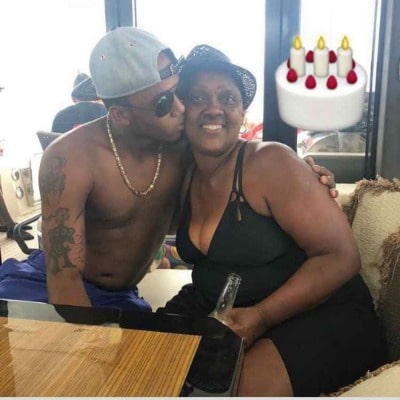 Baseball has always been in the roots of the Escobar family. His uncle Jose Escobar is also a shortstop and his cousins Edwin and Kelvin are also professional baseball players.

Escobar started playing baseball at the age of 4 years old. He made his professional debut at the age of 16 with Milwaukee Brewers.

Net worth and Earnings (Contract with Kansas City Royals)

The net worth of Alcides Escobar is estimated to be $12 million with an average salary of 600,000 per year. Before, he used to earn 3 million per year also with Kansas City Royals. 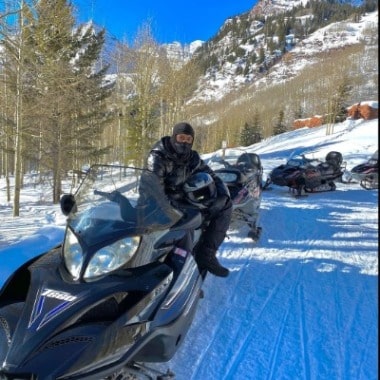 No doubt, Escobar is living a lavish lifestyle with his wife and 2 children.

Who is Alcides Escobar's Wife? (Married Life and Children)

Alcides Escobar is currently married to his beautiful wife Francis Escobar. She is a model by profession and is pretty much popular on Instagram, She has more than 235,000 followers on Instagram where she posts photos of her modeling and with Alcides and their kid.

The couple got married in 2013 in Venezuela. The love birds had their wedding ceremony in their hometown in the presence of their close friends and relatives. The couples are having a romantic relationship and seem happy together. 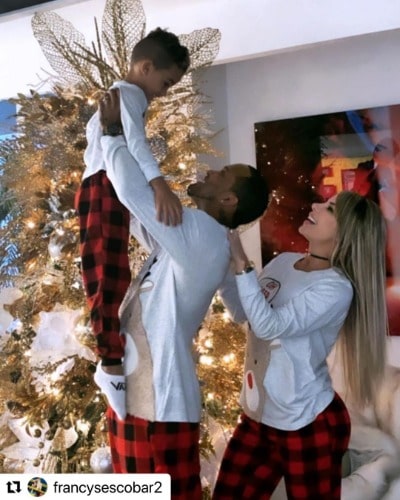 Alcides and Francys are the proud parents of their two children. They had their first child, Massimiliano in 2014 just one year after their marriage in 2013.

While talking about Alcides's marriage life, only a few sources provide information regarding his previous marriage. He was previously married to Leury Moreno. She is the daughter of Omar Moreno, who is also a baseball player and World Champion in 1979. She currently works as a fashion designer in Florida and they had their daughter together.

There are even rumors that Alcides married Leury just for a US green card. However, there are no sources to claim that rumor. But one thing is for sure, Alcides was the one to break the marriage with Moreno.