Adley Rutschman is an American professional baseball catcher who is playing for the Baltimore Orioles organization. He finished his collegiate career at the Oregon State Beavers and was picked first overall in the 2019 MLB draft.

Portland, Oregon native, Adley Stan Rutschman was born on 6th February 1998, under the star sign Aquarius. His parents are Randy Rutschman and Carol Rutschman and have one sister, Josie. Further, he is the grandson of  Ad Rutschman, who was a football and baseball coach at Linfield College. The twenty-three years old holds an American nationality and is of white ethnic background.

How Much Is Adley Rutschman's Net Worth In 2021? Salary & Contract

In 2019, Adley Rutschman signed with the Baltimore Orioles, earning a signing bonus of $8.1 million, the highest signing bonus at the time.

Currently, he is playing for the minor league team Triple-A Norfolk Tides. For Triple-A, the minimum weekly salary rises from $502 to $700.

As of 2021, Adley Rutschman's net worth is approximately $8 million.

Back in August 2020, Adley Rutschman and Bachelor star Madison Prewett made the headline after a Baltimore Orioles baseball player gets flirty with Madison. 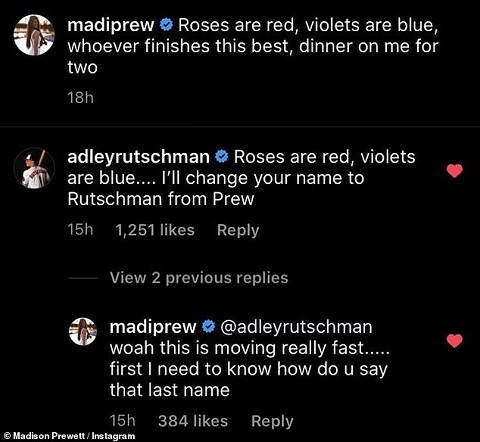 It was reported, Rutschman wrote, "Roses are red, violets are blue…. I'll change your name to Rutschman from Prew," in her comment section.

Adley Rutschman enrolled at the  Sherwood High School and was selected by the Seattle Mariners in the 40th round of the 2016 MLB Draft. However, he chose to attend Oregon State University and played college baseball for the Beavers.

As a freshman, he was a placekicker, playing in 61 games, hitting .234/.322/.306 with 2  home runs and 33 runs batted in (RBI). After that, he played collegiate summer baseball with the Falmouth Commodores of the Cape Cod Baseball League.

In the 2019 MLB Draft, Rutschman was picked by the Baltimore Orioles with the first overall selection.  He made his professional debut with the Gulf Coast League Orioles. later five games, he was promoted to the Aberdeen IronBirds and then to the Class A Delmarva Shorebirds of the South Atlantic League.

He starts the 2021 season with the Double-A level Bowie Baysox.

On 9th August 2021, he was promoted to Triple-A Norfolk Tides.