Aaron Nola is a professional baseball player who is currently playing for the Philadelphia Phillies of Major League Baseball (MLB). Besides, he played basketball at Catholic High School and was drafted out of high school by the Toronto Blue Jays in the 22nd round of the 2011 Major League Baseball draft.

Aaron was born on June 4, 1993, in Baton Rouge, Louisiana to Stacie Nola and AJ Nola. His father runs a remodeling and construction company while also coaching baseball, while his mother Stacie Nola is a part-time secretary.

Aaron Nola's Net Worth and Earnings

Aaron Nola has a huge net worth of $10 million. Besides, as of 2022, his annual salary is around $6 million. Apart from that, Aaron has appeared in a total of 7 seasons in the MLB and has successfully made total career earnings of $25,856,353.

Aaron signed a 4 year / $45 million contract with the Philadelphia Phillies, including a $2 million signing bonus, $45 million guaranteed, and an annual average salary of $11.2 million. Back in 2020, his salary was $2,962,962 while Bryce Harper is the highest-earning player.

Aaron Nola is unmarried but the 28-year-old player is reported to be dating his girlfriend Hunter Jayde for a year or maore. Aaron and his girlfriend Hunter are highschool sweethearts and reportedly met each other in 2019. Aaron and Maddie might be planning for their marriage as the couple is together for about a decade since they started their relationship during their college days. 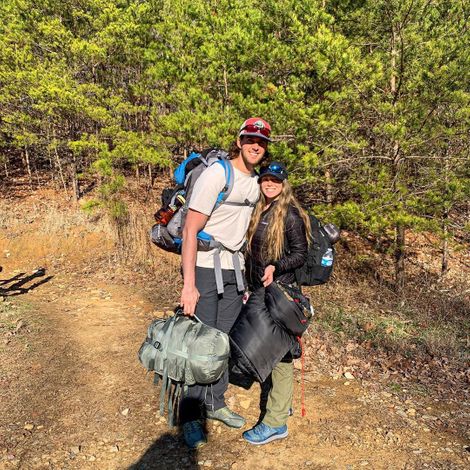 When Aaron was signed by Phillies, his girlfriend Hunter also went to Philadelphia.

Aaron Nola stands at a perfect height of 6 feet and 1 inch. Besides, he has a well-maintained body that weighs around 88 kg.